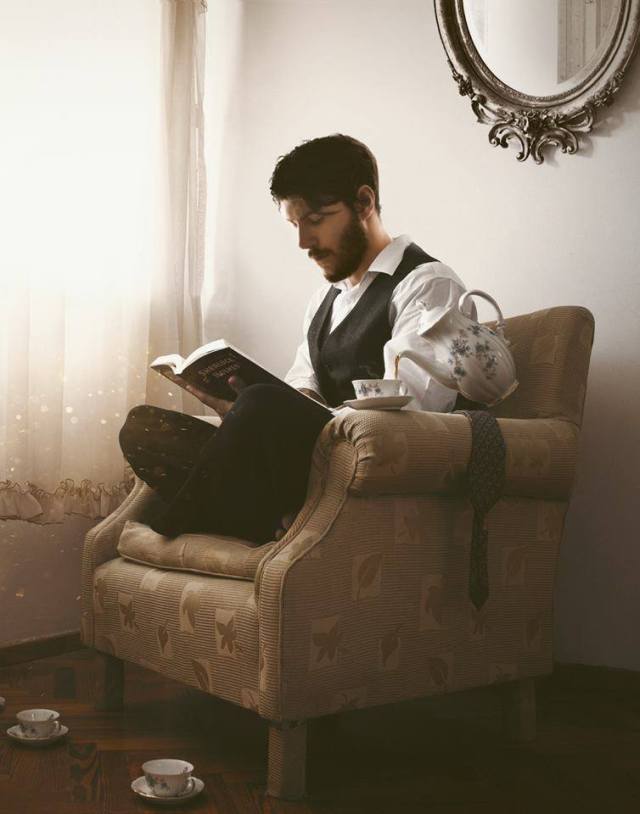 Sherlock Holmes vs The Invisible Man

“Whatcha reading?” came the voice from over my shoulder. I was sitting in the overstuffed armchair and barely looked up. “Oooooo! Sherlock Holmes again! The original, too!”

“There’s what, fifty-six original stories and you’ve been reading them all week? Over and over?”

I could hear the smile in the voice, even if I couldn’t see it at the moment.

“Why not?” I said.  “You watch the same thirty-some episodes of the Honeymooners all the time.”

“Okay, that’s different,” the voice said as a teakettle, seemingly by itself, poured a cup of tea which set down on my armrest.

“Should you be pouring hot tea naked?” I asked.

“Should you be keeping the empty cups on the floor in front of your chair?” the voice asked. “And I’m not naked and this tea isn’t hot. I let it sit for a couple of hours.”

The youngish-looking man with the reddish-brown hair suddenly appeared beside me, wearing sweatshirt and pants. Henry and I had been married for three months, having known each other since High School and the little accident that let him turn himself invisible.

“I’m doing an article on Doyle’s original stories and I thought I’d better read them first,” I said.

“Okay, but you ought to read The Invisible Man first,” Henry said. Kissing me on the forehead.

“Love the invisible man,” I said grinning up at him. We kissed. I lost my place in the book. I didn’t care.

“Hey,” Henry said after a moment. “I’d better let you get back to your reading.” He disappeared. An instant later, the two cups on the floor rose up and floated seemingly by themselves towards the kitchen. “I got those,” came Henry’s voice.

“I should never have bought you that My Favorite Martian box set for Christmas,” I called out mockingly,

I turned back to my book, hearing the laughter from the kitchen.

This entry was posted in Uncategorized. Bookmark the permalink.