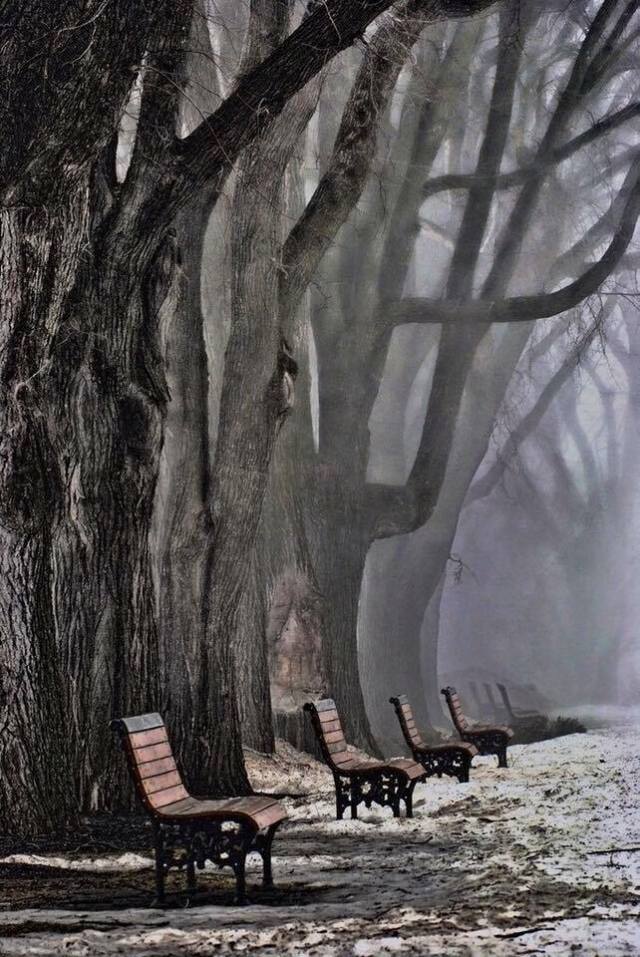 The two men sat on the park bench in the snowy dusk.

“Snow like in New Jersey,” Meader said, idly brushing snow off the edge of the bench. It wasn’t snowing at the moment, but it was still cold.

“I don’t remember the snow fifty years ago,” Illianovich said.

“We had other things on our mind,” Meader said with a smile. “But the first time we had a meeting here was in September that year.”

“That building across the street wasn’t built yet,” Illianovich said pointing. “And there was a stone building by the pond at the end of the park, remember?”

“I remember. I thought it looked like a mausoleum,” Meader said.

“Appropriate,” Illianovich mused. “Considering what we were a part of.”

“I know,” Meader said. “If we’d each played our intended parts it would have been death on a grand scale.”

“But I was a new father,” Illianovich said.

“So was I,” Meader said. “And we sat right here, shared a bottle of vodka…”

“I remember the vodka!” Illianovich said. “And we wondered what our governments were fighting about.”

“Politics.” Meader said, flicking snow off the bench with a finger.

“We were just cogs. Cogs in a machine,” Meader said.

“Small, unnoticed, pivotal cogs,” Illianovich said, raising a gloved finger. “We were Gabriel blowing his trumpet. Yes, I knew who Gabriel was back then!”

Meader had looked at the other man in surprise.

“And talked,” Meader said. “And your government never knew?”

“That I was colluding with the enemy? And that we were telling our governments what they needed to hear? No.” Illianovich said.

The two men sat in silence in the growing dark.

“When did you come to America? To stay, I mean?” Meader asked.

“Enough of this chit chat,” Illianovich said. “Did you bring the vodka?”

Meader laughed. “My doctor told me it wasn’t good for me, so I don’t drink anymore.”

“Pity. It would have kept us warm,” Illianovich said. “Well, I’m going home. My wife is with our great-grandchild.”

They shook hands and the two old men walked out of the park as light snow began to fall.

Author’s Note: I know of at least two incidents, one during the Cuban Missile Crisis and one in 1983 where Russians in charge of launching missiles and effectively beginning a nuclear war refused to do so. There were probably a few other incidents we don’t know about. This story is for them. —-J.S.B.

This entry was posted in Fiction, Monday Flash Fiction, Uncategorized. Bookmark the permalink.