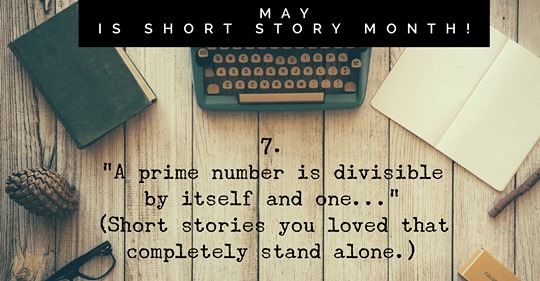 I’m going to bend the rules for this one. The idea is to talk about stand-alone stories, but the first one is just too good. There are actually two sequels to this first story, but the story is singular enough to qualify. Besides, “The Devil and Daniel Webster,” by Stephen Vincent Benet, is famous and oft-plagiarized, but probably a lot of people haven’t read it.

Benet considered himself primarily a poet and this story has more than a touch of poetry in its descriptive passages and when attorney Daniel Webster tries to have the Devil’s claim against a man (for his soul) thrown out on the grounds that Mr. Scratch is “a foreign prince.” Mr. Scratch refutes the idea that he is not an American citizen.

“When the first wrong was done to the first Indian, I was there. When the first slaver put out for the Congo, I stood on her deck. Am I not in your books and stories and beliefs from the first settlements on? Am I not spoken of, still, in every church in New England? ‘Tis true the North claims me for a Southerner and the South for a Northerner, but I am neither. I am merely an honest American like yourself–and of the best descent–for, to tell the truth, Mr. Webster, though I don’t like to boast of it, my name is older in this country than yours.”

And later on, describing Webster’s speech to a jury of the damned: And he began with the simple things that everybody’s known and felt–the freshness of a fine morning when you’re young, and the taste of food when you’re hungry, and the new day that’s every day when you’re a child. He took them and he turned them in his hands. They were good things for any man. But without freedom, they sickened. And when he talked of those enslaved, and the sorrows of slavery, his voice got like a big bell.

“A Star For a Warrior” by Manly Wade Wellman is a stand-alone story, Wellman’s only story about Native American detective David Return. Wellman never made Return a series character, but the one tale won the Ellery Queen’s Mystery magazine Award for 1946. (Wellman had some Native ancestry himself, by the way.)

The story is marvelous, but I’m partial towards anything Wellman wrote.