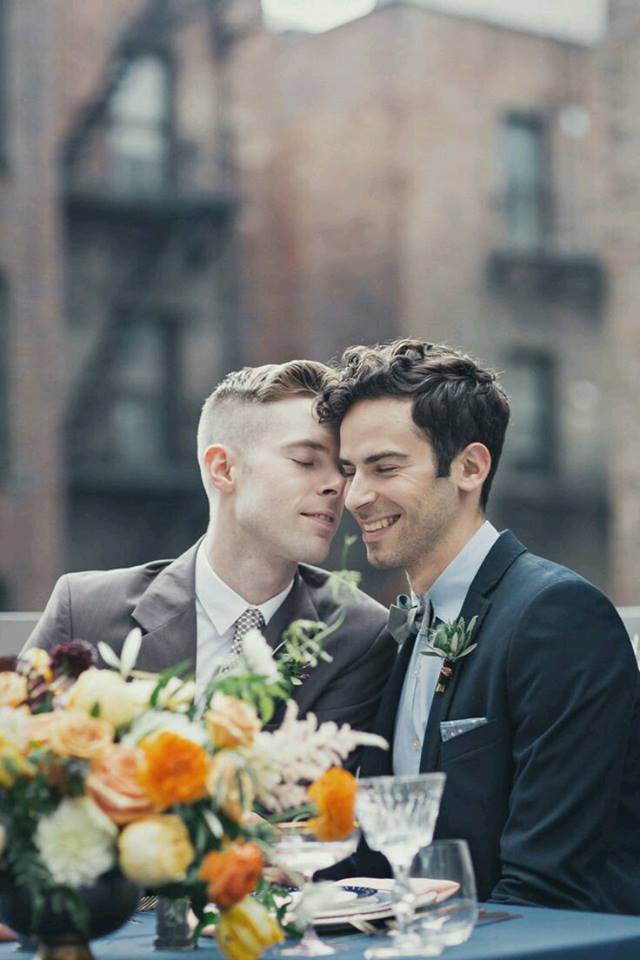 Do You Hear What I Hear?

The reception had been going on for about twenty minutes when Adam leaned over and nuzzled Josh’s ear.

Josh and Adam had been hired by one of the grooms just in case the one’s ex showed up at the wedding to cause trouble. The ceremony had gone on without incident but now they were all seated at big picnic tables in the park next to the wedding venue.

“We’re detectives, not bodyguards,” Josh had said when Walter had hired them.

“Didn’t you say you’d boxed in college?” Walter had asked.

“I was a box boy in college,” Josh said.

The gist of it was that Chris’ ex-boyfriend had said he was going to break up the wedding. He hadn’t threatened violence so Walter had remembered Josh from school.

“Chaz can be mean,” Chris had said.

“Is that why you broke up with him?” Adam had asked.

The grooms were paying Adam and Josh plus renting their tuxes. It was a formal wedding. Plus, there were free hors d’ oeuvres. Then Chaz showed up.

Chaz was six-foot-something and probably would have looked at home in any football uniform instead of the suit and tie he was wearing. For a moment he stared at the table loaded with food.  With a yell, he tipped the table over. In the corner, the band stopped playing.

“Oh, yeah, he’s a lot sloshed,” Adam said as he and Josh jumped up from their table.

Adam kept his eye on the groom’s table. They were seated with family and the wedding cake. It was on the other side of a tree so maybe Chaz hadn’t seen it yet. How bad was this going to turn out? A food fight or worse?

Chaz snarled, raised a fist and swung at Josh, missed him by a half foot. Josh felt a breeze from the fist. Chaz staggered.

“Hold up, man!” Adam said, reaching Chaz. Chaz stared, bleary eyed. Then he fell over on top of Adam.

Adam was about 185 pounds and muscular. That didn’t help. He was slammed to the ground by the now unconscious Chaz.

“Yeah,” Adam said. “I just wonder how Mannix would handle this.”

Somebody put Chaz in a car and hauled him off. Chris and Walter thanked Josh and Adam, even asking if there was anything they wanted.

“Just one thing,” Josh said grinning at Adam in his food spattered tuxedo. “Have the band play something slow. It’s been a long afternoon.”

Adam grinned back at him. He was still grinning as they danced, cheek to cheek, trying not to slip on the little cucumber sandwiches on the ground.