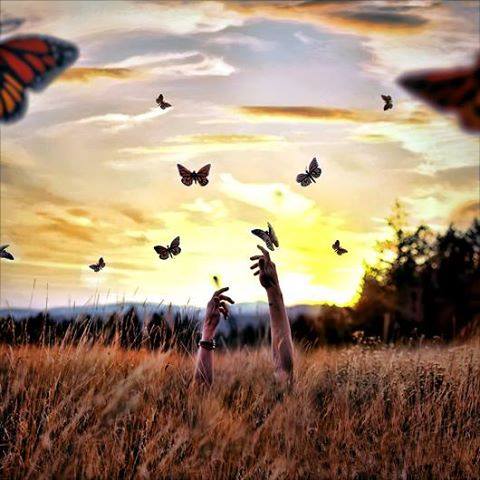 They kept asking for a story, so he told them about the field.

It had been late summer, the time of year when butterflies and bees are seemingly everywhere. The three sisters who lived near the field had been jealous of each other their whole lives and when they first saw Marcel, each one of them wanted to have him for herself.

The first sister lost interest when she found that Marcel wasn’t rich. She wanted to outdo her sisters with money. The second sister wanted to outdo the others with passion, so she wined and dined Marcel and plied him with affection and they even made love in the field in broad daylight beneath the summer butterflies. The third sister sought to win over Marcel with pity and so she wept and moped and could be heard sobbing all over town, trying to outdo her sisters with sorrow.

Marcel decided he wanted none of them and when he suddenly left town, the third sister laid down in the field to die of a broken heart.

But that wasn’t the end of it.

Late that next summer, when the butterflies were hovering low, the townspeople swore they saw the third sister rise up from the field to look for her lost Marcel.

Here the man paused in the story, remembering when he was a young man in the town he had laughed at the story of the three sisters until one afternoon when the butterflies were brushing against everything in the late Summer air he had seen a pair of arms slowly rise up from the field, butterflies circling in obeisance and he had run, run, run and never looked back.

6 Responses to Butterflies swoop in for Monday Flash Fics, March 6, 2017