I’ve Got You Under My Skin

“Day off,” 53 corrected. “Just remember to complain a few times.”

“I’ll remember,” 27 said, stepping into the simulacrum which was still moist from its time in the spray. A moment later, the simulacrum stretched its arms, and 27, now inside and in control said; “Darn this job!”

“Close enough,” 53 said with what passed for a smile.

Rock Hard Tattoo didn’t look like it had a spaceship under its basement. In the parlor’s front room, 27, his current human form grown from borrowed cells, was busy adding ink to a young man’s body while simultaneously extracting a few choice cells as the young man talked the way humans often did.

“So, I told him, ‘Hey, like I love you but you gotta get a job. I mean, I was okay with the working two shifts thing at first but it’s getting,’ Ow!”

“Sorry!” 27 said. This man was very good at complaining, 27 thought. And he hadn’t even lost a world. 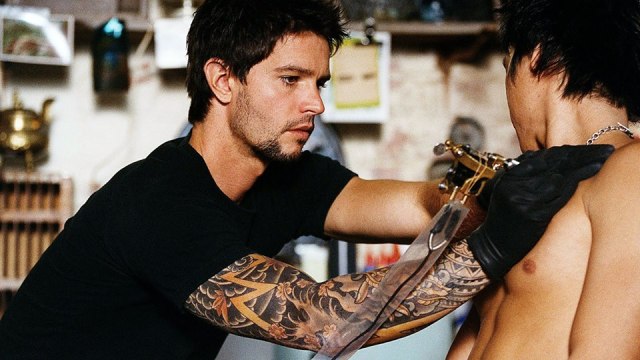